Unknown
5:34 AM
First batch of Filipinos from Iraq to be flown to Manila on Sunday 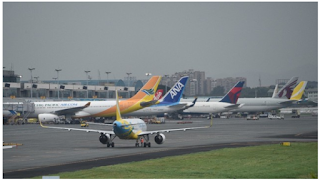 MANILA, Philippines – A first batch of Filipinos evacuating from conflict-threatened Iraq is set to travel home to Manila on Sunday, the Department of National Defense (DND) said on Saturday, January 11.More evacuees are expected to join this first batch of repatriates as the embassy in Baghdad continues to call on Filipinos to come home.

Environment Secretary Roy Cimatu, appointed earlier this week as special envoy to the Middle East, is in Qatar to oversee the government’s plan to repatriate Filipinos in Iraq and other Middle Eastern countries threatened with armed conflict.At least 14 evacuees have been brought to the Philippine Embassy in the Iraqi capital Baghdad to await transfer to Doha, Qatar, where they will board commercial flights to Manila on Sunday, DND spokesperson Arsenio Andolong said in a statement to reporters.


The killing of top Iranian military commander Qasem Soleimani in a US airstrike on the Baghdad airport on January 3 sparked outrage in Iran, which retaliated with a missile strike on Iraqi bases housing US troops on January 8.

Tehran and Washington have since backed down from threats of further attacks. However, the situation in Iraq and other parts of the Middle East remained volatile, and the Philippine government has been urging Filipino migrant workers to avail of its offer of free repatriation.Filipinos in Iraq and Tripoli are urged to contact the nearest Philippine mission for their repatriation.

The government said it is also “closely monitoring” the security situation in Kuwait, which raised the maximum alert level on January 9.The Armed Forces of the Philippines is still working on its plan to send planes and ships to transport Filipinos out of the Middle East. The government must first secure diplomatic clearances for these war assets before they can deploy, the DND said.
Posted by Unknown at 5:34 AM