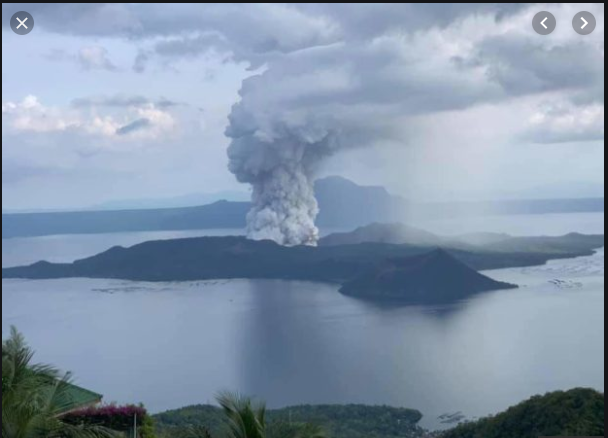 
The Department of Health warned of health problems that exposure to volcanic ash may bring.The latest advisory from Phivolcs indicates that areas in the general north of the volcano may experience heavy and prolonged ashfall.

All residents of the Taal Volcano Island have been evacuated, the Office of Civil Defense in Calabarzon region said. Forced evacuation is also underway in some areas in Tagaytay City in Cavite, and in Balete, Laurel, San Nicolas and Agoncillo towns in Batangas.

"The volcano is inside a bigger crater or basin or bowl, which is why people would have to evacuate horizontally and away from the crater. There is water that would be hindering the rapid evacuation and that is why people need to get out of the island as soon as possible," PHIVOLCS officer-in-charge Renato Solidum told CNN Philippines.

Disaster reduction officials have assured that they have enough supplies to provide families affected by Taal Volcano’s unrest.


Ash fall
It added that eruptive activity of the volcano in Batangas has increased since 5:30 p.m., which spewed a 10-15-kilometer-high ash column.

This has sent ash falling on nearby provinces and areas as far north as Quezon City, PHIVOLCS said. People have lined up at medical supply and hardware stores across Metro Manila, which are quickly running out of masks which would offer protection from the hazardous volcanic ash.