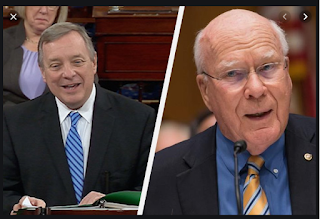 
MANILA- The US Senate resolution calling on President Donald Trump to impose sanctions on Philippine officials supposedly behind the detention of Sen. Leila de Lima can be deemed as "meddling," a Cabinet official said Friday as he insisted that the opposition lawmaker was afforded due process.

It also asked Trump to impose Magnitsky sanctions on Philippine government officials behind her arrest and detention.

The Global Magnitsky Act authorizes the US government to sanction those who it sees as human rights offenders, freeze their assets, and ban them from the US.


Nograles explained that the drug charges against De Lima went through the "regular" court process as provided under Philippine laws.

The US Senate passed on Thursday a resolution that called for De Lima’s immediate release, branding her as a “prisoner of conscience, detained solely on account of her political views and the legitimate exercise of her freedom of expression.”


Medium-rise condos will be "manageable and quick" to build, with each unit costing P3 million to P5 million. The brand will be launched by the second quarter, he said.

Century launched its affordable housing arm in 2017, hoping to build 15 projects over 5 years with projected revenue of P60 billion. Sales has been "healthy" so far for the initial 5 projects, Antonio said.
Posted by Unknown at 4:38 AM