A Chinese national, the second confirmed coronavirus case in PH, dies; the first death outside China

Unknown
4:13 AM
A Chinese national dies; the first death outside China the second confirmed coronavirus case in PH 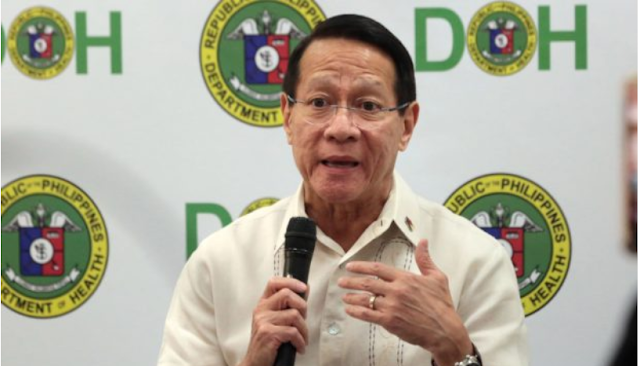 A Chinese national, the second confirmed coronavirus case in PH, dies; the first death outside China


MANILA, Philippines —  The Philippines has now become the first country outside China to record its first death due to the 2019 novel coronavirus (2019-nCoV).

The Department of Health (DOH) on Sunday confirmed a second case  novel coronavirus in the Philippines, a Chinese national who died on Saturday, February 1, at a hospital in metro Manila.

He was the companion of the 38-year-old woman who was the first confirmed 2019-nCoV case in the Philippines.

“Over the course of the patient’s admission, he developed severe pneumonia. In his last few days, the patient was stable and showed signs of improvement,” Duque said in a report from the Inquirer.net

“However, the condition of the patient deteriorated within the last 24 hours resulting in his demise. We are currently working with the Chinese Embassy to ensure the dignified management of the remains according to national and international standards to contain the disease,” he added.

The World Health Organisation (WHO) said this was the first reported case of nCoV-related death outside China.

The Chinese man and his female companion still confined in the same hospital are both Wuhan in China and arrived in the country last January 21 from Hong Kong via the Mactan-Cebu International Airport (MCIA).

They stayed with the MCIA domestic departure for several hours for their flight to Dumaguete City on the same day.

They then travelled to Dauin town in Negros Oriental, the jump out point for the famous Apo Island dive and marine preserve. However, there was no indication that they travelled to the Island.

They were recorded to have boarded a flight from Dumaguete to Manila on January 24, where the 38-year-old woman was confirmed to have been afflicted by the Wuhan coronavirus